“Gentlemen.”  Adams’s voice rumbled through the classroom, ominous in its implication.  “The mid-term examination is Wednesday next.  It is yet but a cloud on the horizon, but let me assure you…it is an ever darkening cloud.” 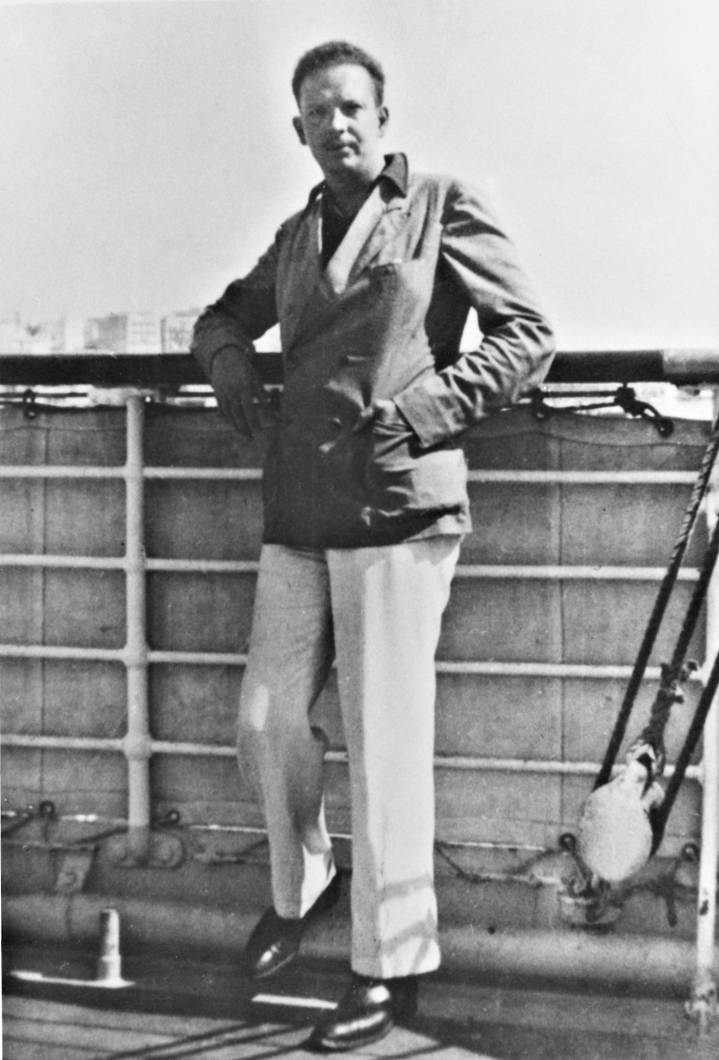 From the first day of class, Adams’s “The World Since 1919” had us careening through the cataclysm that was Germany in the wake of the war to end all wars.  As the Weimar Republic struggled to assert itself, ultra-nationalist parties attacked it for betraying the fatherland by signing the Versailles Diktat. Centrist candidates and mainstream leaders were assassinated in the street. Violent putsches flourished; one so successful that the government had to flee from Berlin to Dresden.

With Adams as our guide we rode the “toboggan slide” of the German mark as it fell from 4.2 marks to the dollar in 1922 to 2.5 trillion to the dollar, a year later.  When the Germans failed to keep up with their reparations, we saw the Allies occupy the Ruhr – seizing 80 percent of the nation’s coal, iron and steel.  Hunger riots became common.  Separatist movements flourished.  Despite Allied efforts to stabilize the mark and the German economy, one weak government followed another until the rise the National Socialist German Workers Party (NSDAP), or as we have come to know them: the Nazi Party.

Hitler’s movement spread through the nation’s beer halls, tapping a nativist hatred for Jews and a country’s resentment of occupation.  As it grew into a national power, violence became the signature of German politics.  Hitler’s “brown shirts,” the Sturmabteilungen, were deployed to disrupt opposing political rallies by brute force and to ensure the enthusiastic support for rallies of their own.

After seizing power, Hitler became a master at using mass demonstrations to whip up his allies and to cow his opposition.  And Adams gave us a ringside seat.  As he described the procession of arms and armies marching down Berlin’s Vossstrasse to the German Chancellery, his voice reverberated throughout the room.

“When they reached reviewing stand, the elite guard of the German infantry, the Wachtruppe, snapped their left arms upward in salute of der Fürher, and they commenced the Stechschritt, a march that is called, mockingly in the west, “the Goose Step.”

Someone in the classroom chuckled.  Adams’s head snapped up from his index cards. He frowned.

“It is not the sight of the Goose Step that made it impressive.  It was the sound of ten thousand boots pounding the cobblestones at the exact same instant and thousands of voices around you screaming in unison, ‘Sieg Heil!  Sieg Heil! Sieg Heil!’ “ He offered up a rueful smile.  “And you are a nice young graduate student doing post-doctoral work in Germany…what do you do?”

I felt a trickle of sweat roll down my back.  He left us all to wonder what we would do in his place in pre-war Nazi Germany.

As the fall marched on, Adams again warned us of the gathering storm that would be our final exam.  But, in class after class, his stories grew more familiar.  The Marshall Plan, the Berlin airlift, the Cuban missile crisis, the assassination of President Kennedy, Nixon’s visit to China.  With each passing day, I had to reconcile my memories with the more worldly account that Adams proffered.  On the last day of class, Adams covered the news from that morning’s newspaper, bringing “The World Since 1919” finally up to date.

Forty years ago, during a fall much like this one, Adams took history out of the books and made it come to life.  It was no longer an abstract discussion of socio-political movements with little impact on our daily lives; it became a precursor to all that defines us today. I discovered that history is not about the past.   It is about the present.  And I’ve been trying to keep up with it ever since.

For the record, I passed both of Adams’s classes.  I felt lucky to pull down a C in each of them.   And for those paying attention, I snuck a reference to those boots pounding the cobblestones into ANVIL OF GOD.  I thought it was an appropriate reference for Carloman’s army and it was my way of paying homage to a true master of history.

I found the above picture of Adams as a young man, about the age he was during his post-doctoral work in Germany.  He is on a ship.  I don’t know if he is going to Germany or coming home.  But from the sober look on his face, I’d guess the later.