In October of 1982 I was all of twenty-seven years old and living a good life. I was two years into my marriage; my wife was six months pregnant; I had a good job with an up and coming public affairs firm in town and we had just bought a townhouse in the suburbs where we lived with a one-year-old puppy named Sophie. 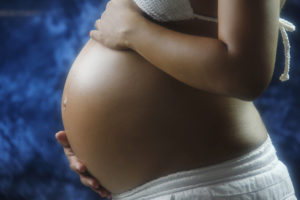 My wife worked on Capitol Hill. Her boss, unfortunately, had just lost his reelection bid in a tough Republican primary, but since my wife had expressed a desire to be a stay-at-home mom, we took his loss as a sign and redid our budget using just my salary. We had enough – just enough – for us to make ends meet.

My wife’s pregnancy had been a bit challenging due to an undiagnosed bout with gestational diabetes. But thanks to the help of a specialist from NIH and a competent nutritionist, she was able to severely restrict her diet and get her sugar levels under control. Her health rebounded. All was good and the future looked bright.

That is, until November.

It started one day with a dunning notice from my wife’s doctor saying that our health insurance company had rejected his invoice. I assured him it was a misunderstanding and that I would take care of it. My firm had great health insurance coverage; it was one of the bigger perks used to recruit new employees. When I called the insurance company, however, I was told my company had failed to maintain its insurance premiums for the past several months and had been dropped from coverage.

There had to be some mistake. I called upstairs to the CFO and was told he would have to check it out. The next morning, I was summoned to an emergency meeting of our senior managers and told that the firm was going out of business. There would be no year-end bonus, no severance and no further salary distribution. Our doors were closing and the bank had frozen all the company’s assets. We were asked to continue to work for our clients in the hopes that a white knight investor might buy up the company’s debt and save all our jobs.

That, of course, didn’t happen.

So, let me recap. My wife and I had both just lost our jobs. She was seven months into a difficult pregnancy and we were no longer covered by our health insurance. Oh, and on top of that, we were likely just months away from losing our home.

That’s when I first learned the term, “pre-existing condition.” I called every insurance agent in town begging to find coverage. Although every one of them seemed reasonable they all gave me the same answer. Regardless of whose fault it was, my wife’s pregnancy was now uninsurable. Even if I were to get a new job, the pregnancy itself was “pre-existing” and wouldn’t be covered under the new policy.

I started to panic. We had enough saved to cover the cost of the delivery, but if there was a problem – if she needed a C-section or there was a complication with the baby – we had no means to cover the additional cost. We were – to put it mildly – screwed. I told my wife I would figure something out, but I knew in my heart there was little I could do.

I started using one credit card to pay as many bills as I could in an effort to horde cash. I kept the second one clear so I could pay off the first one when its bill came due at the end of the month.   I figured I could rinse and repeat for one more month, but only had two months to find another job.

And it takes time to find a job. I updated my resume and set up lunches with anyone who could help me. News hadn’t yet gotten out about the firm’s closing and I knew enough not to share how financially vulnerable I was. Employers can smell desperation in a job interview. I would have to bluff my way through this crisis.

And then, an amazing thing happened. I got a call from my wife’s chief of staff.

It turns out that Members of Congress hold their jobs until the new congress is seated. My wife’s boss – and therefore my wife – had a job through January 4th of the New Year. And because Members of Congress and their staff participate in the Federal Employee Health Care Program, she was eligible for coverage during the up-coming “open season.”

“How does that help?” I asked. “She has a pre-existing condition.”

I was told that the pool of federal employees is so large, the health insurance companies wave the pre-existing condition clause as a means to compete for customers.

So, even though my wife would be employed for only four days in the New Year, she was eligible for coverage under the federal employees’ open season. The coverage would only last a month, but all the plans offered a month-long grace period. Our baby was due at the end of January. Even if we delivered late, we would be covered.

As it turns out, my oldest was born by C-section on January 25th after a grueling and difficult delivery. Although exhausted, the mother and baby were fine. I too, counted myself lucky in that I found a job in January. Although saddled with three months worth of debt, I was happy to keep the roof over our heads.

In the years that followed, the U.S. health care system would be fiercely debated on Capitol Hill by both the left and the right. Hyperbole was rampant as each side tried to position itself as “holier than thou” alternately calling for universal coverage and keeping the government from stepping between patients and their doctors.

In all these debates, I was frustrated by the fact that Members of Congress never had a true picture of what our health care was like. They never had to worry about their health care coverage. For them it was always an abstract problem not a personal one. They had great coverage under a great plan. I didn’t begrudge them for that; I envied them.

But, for me, my problems with pre-existing conditions were only just beginning.

Next up: Pre-existing Condition – Part II.