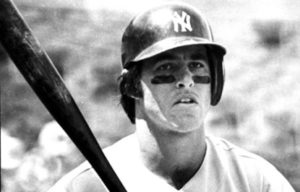 I spent a winter term abroad teaching on one of Dartmouth’s Language Study Abroad programs in France. We got a ten-day break in the middle of the term and almost everyone skipped town to make good use of our Eurail passes. I palled up with Stanley Weil to visit Nice, Monaco, Florence and Munich. To keep our costs down, we took midnight trains between destinations and, splitting a couple of bottles of wine, slept as best we could on the hard third-class seats.

He had a deck of cards and we wore it out, passing the time between destinations. We played Spades, Hearts, Crazy Eights, Gin and anything else we could remember. At some point we had had enough. All the games had been played out. END_OF_DOCUMENT_TOKEN_TO_BE_REPLACED

It’s snowing in New England and this close to Christmas everyone is pressed for time getting everything ready for the holiday.  It made me think of this poem by Robert Frost and my good friend Pete Volanakis.

It’s short.  You have time. 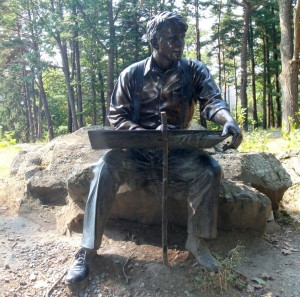 Stopping by the Woods on a Snowy Evening
Whose woods these are I think I know.
His house is in the village though;
He will not see me stopping here
To watch his woods fill up with snow.
My little horse must think it queer
To stop without a farmhouse near
Between the woods and frozen lake
The darkest evening of the year.
He gives his harness bells a shake
To ask if there is some mistake.
The only other sound’s the sweep
Of easy wind and downy flake.
The woods are lovely, dark and deep.
But I have promises to keep,
And miles to go before I sleep,
And miles to go before I sleep.