In Briarcliff Manor High School, this was not an altogether laudatory term in the four years between 1969-1973. The cultural/generational divide of the late sixties had a cascading effect on the years that followed, creating a backlash against all things conventional. Short hair was out; long hair was in. Dress codes were out; jeans and tie-dyed shirts were in. Following the rules was out; protests and sit-ins were in. Gin was out; smoking pot was in. Jocks were out; hippies were in. 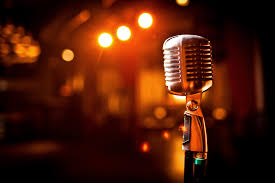 Much to my consternation, I attended high school during the one brief moment in time when being on the football team did not enhance one’s social status.  Jocks were considered by many to be square, boring, and one-dimensional, if not intellectually slow.  I didn’t mind this too much.  I embraced the role of being a jock whole-heartedly and did nothing to defy the mold.  I played a sport every season (whether I was good at it or not) and was comfortable in my conventional-ness.  When Deryl Seemayer nominated me for student council president, he began his speech saying, “What’s wrong with a jock?  He works hard, ‘round the clock…”  (My speech wasn’t half as good as his and I lost in a landslide).

In part, being a conventional jock was a factor of my upbringing.  My dad was a Marine, a strict disciplinarian who had clear ideas about how my brothers and I should look and behave.  Every Saturday morning, when we were younger, my Dad would line us up in the kitchen to buzz-cut our hair.  The Gleasons played football.  We worshiped Vince Lombardi, a strong work ethic, and those who kept their noses to the grindstone.  My two older brothers were also a significant influence.  Although I never would have admitted it at the time, I revered them.  I wanted to be just like them.  To me, they were more than role models; they were larger than life.

So I became a jock and was happy to be one.  But I had a secret – one that I guarded religiously and never disclosed to my friends in high school.

I don’t mean I could just carry a tune.  I could really sing.  When I was ten, I was invited to join the Columbus Boys Choir (think of it as the American version of the Vienna Boys Choir) one of two elite travelling boys choirs in the country.

Here is why it became a secret:

In elementary school, our music teacher, Mrs. Kuch, recommended me to the Columbus Boys Choir and urged my parents to have me apply for admission. My parents had always encouraged musical endeavors, and so were happy to give me this opportunity.

To be invited to the choir, aspirants attended a summer camp that served as a four-week tryout.  We sang eight hours a day, seven days a week and were drilled in unrelenting exercises to perfect our range, breathing and control.  One of those exercises was described like this, “Imagine you are holding an extremely hot cup of tea to your lips – so hot that if the tea touches you, it will scald.  I want you to breathe in and sing so carefully that you don’t disturb the tea.  It must never touch your lips.”  And then we’d practice our scales, breathing ever so carefully over our imaginary cups of tea. “Oo – oo – oo – oo –oo – oo –oo.”  We did this at the start of every practice, every day.

Two weeks into the term, we had parents’ day.  Having never lived away from home prior to this, I couldn’t wait to see my folks.  The school, of course, put on a show for them to demonstrate what we had learned under the choirmaster’s care.  My parents proudly sat in the front row of the audience, with my two older brothers seated next to them.

And then, disaster struck.  After performing two songs, the choirmaster turned to address the parents and started to describe our daily regimen of practice.  “Imagine you are holding an extremely hot cup of tea to your lips…”  Staring out from my place in the third row, I could see my older brothers clearly and I knew what was coming.   A trickle of sweat rolled down my back and it wasn’t because the weather was warm.  The choirmaster turned to us to perform our scales and elevated his hand to match the rising pitch of our voices.  “Oo – oo – oo – oo –oo – oo –oo.”

My two older brothers fell off their chairs.  They howled with laughter.  To this day, they still tell this story, mimicking the choirmaster’s hand and singing in falsetto. “Oo – oo – oo – oo –oo – oo –oo.”   When I came home from camp, the misery was unrelenting.  By the end of the summer, I concluded that singing was not a manly thing to do and vowed never to sing again.

And I didn’t.  I made my way through junior high and the first three years of high school without uttering a note.  Those who knew I could sing forgot and my two older brothers eventually went away to school.

Which brings me to how Bobby Thompson changed my life.  Bobby Thompson went to Phillips Exeter Academy, a prestigious prep school in New Hampshire that one of my brothers attended the last two years of high school. I went to visit him for a weekend and got to meet his newfound friends, most of who were on the wrestling team.  Bobby Thompson was easily the most memorable.  An African American from Blueville, West Virginia, Bobby weighed 300 pounds and was rumored to have broken an opponent’s leg in the ring.

In May of my junior year I attended my brother’s graduation from Exeter.  Bobby was the student selected to give the commencement speech.  He stood and, after some brief remarks for his teachers and classmates, acknowledged the benefactors who made his education possible and thanked them for the opportunity that it would provide him. And then, he did something unexpected.

St. Augustine is credited with saying, “He who sings prays twice.”  If that is true, Bobby’s hymn that day was worth a thousand prayers.  Big, full-throated, passionate, his voice swept the room away with him on journey that humbled everyone in its unabashed grace and humility.  He sang without accompaniment.  He sang from the heart.  And when he was done, the entire auditorium wept as one.

I had never experienced anything like it.  It wasn’t a performance; it was an act of love and gratitude.  I was riveted.  And I was ashamed.  Bobby’s hymn had laid bare for me my cowardice.  He had never been embarrassed – could never be embarrassed – by the gift he had been given.  In many ways it defined him, far more than his weight or his prowess in the wrestling ring.  His confidence and his joy transcended ridicule.  I, on the other hand, had been weak and afraid.

I returned home, went back to high school, and fell into my regular routine.  But I couldn’t escape the shame that dogged me.  I was so furious at how easily I had been cowed into silence.   I vowed to do something about it.

Every spring, Briarcliff had a student variety show.  It always was a funny mish-mash of talent featuring whatever the students that year could bring to bear.  In my years, there was a plethora of singing talent.  Billie Nininger, his sister Annie, Clay Callihan, Pat Moffett.  I wasn’t sure that I could measure up.  Their talents had progressed with the years. They played instruments.  I was stuck with what I had learned up to the age of ten.  My voice had changed.  Old fears filtered through my anger and I panicked.  My voice cracked during tryouts and I was so embarrassed that I stopped singing mid-song and walked away.

They let me in anyway.  Two weeks later I was standing on stage behind the curtain, just me and my demons.  It should be no surprise that I chose to sing the one song that had gotten me on that stage in the first place. I heard the announcer say, “And now Joe Gleason, singing Amazing Grace.”

The curtain opened.  There was just me and a microphone.  And the crowd started to laugh.  I was a jock, after all, and jocks were supposed to be funny – they were not supposed to sing.  I took a deep breath, thought of Bobby Thompson, and hit the first note.  After a few more, no one was laughing.  And then I let myself go. I don’t remember much after that; it became more of a prayer for me than anything else.